Texas Girl Taken Away From Parents, Killed in Foster Care

Kannatrail December 8, 2014 December 10, 2019Laws, Medical, Politics
Texas Girl Was Taken Away From Parents Because They Smoked Pot, Only to Be Killed in Foster Care 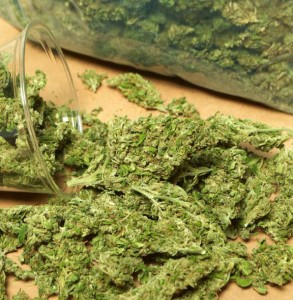 Little Alex Hill would have been turned four-years-old last month. But rather than celebrating their child’s birthday, the toddler’s parents have only the bitter consolation of seeing a judge in Milam County hand Alex’s foster mother a life sentence for murder.

The life sentence is a small victory in the case of two-year-old Alex, whose July 2013 death was caused by devastating injuries at the hands of her foster mother, 52-year old Sherill Small.

Alex was placed in Small’s care in early 2013, after her father admitted to child welfare investigators that he had smoked marijuana while the child was tucked away in bed at night.

By all accounts, towheaded Alexandria “Alex” Hill, was a healthy and happy toddler, living with her parents, Joshua Hill and Mary Sweeny, in Cameron, Texas in late 2012. But in Texas, using cannabis goes against child welfare policy, and Hill, who told investigators he’d been smoking pot at night, was in violation of those laws.

“Mr. Hill admitted to smoking marijuana in the house when his daughter has been upstairs sleeping,” the caseworker representing the Texas Department of Family and Protective Services noted in court records.

The CPS caseworker ultimately determined that Alex’s mother’s frequent seizures (a medical condition), coupled with that pesky marijuana use, warranted removal from the home, and Alex was placed with a foster family.

But Alex’s parents immediately began to notice red flags about the conditions in the first home during visitations with their daughter, according to Hill. Alex had noticeable bruises, and the couple also found mold & mildew in the little girl’s bag.

Fearing for her safety, Hill refused to give Alex back, despite the threat of jail time, unless the state placed her in a different home. The placement agency ultimately gave in, and Alex was placed in her second foster home, this time with Sherill Small, who had one other child in her care.

Small had been approved as a foster parent by Texas Mentor, a third party private agency who provides foster homes to the Texas Child Protective Services system. No mention was made of Texas Mentor’s shady track record — they had racked up over 15 violations by this point, according to the Dallas Morning News.

One hundred fourteen more violations would ultimately follow, but none of this information was shared with Hill. The first time he heard it, he was sitting in the courtroom listening to testimony on Alex’s beating death.

On July 29, 2013 — just four months before Joshua Hill was set to regain custody of his daughter — he received an urgent call requesting that he rush to the Scott and White Children’s Emergency Hospital in Temple.

When Hill arrived, he found his daughter attached to machines, with Alex’s tiny body kept alive on life support. Her father had no choice but to say good-bye.

Ultimately, Small admitted to Rockdale police that Alex’s injuries came from her slamming the toddler onto the floor of the home where she lived with her husband, Clemons Small III.

But it was an accident, Small said, one that happened when she was “playing a game” with the child. Still, she admitted to being “frustrated” with the girl because the the toddler had woken up early that morning to get herself food and water.

While the idea of removing a toddler from her parents’ care not for abuse, but for simple marijuana use, is puzzling at best, what’s even more disconcerting is that the same rules didn’t apply to her foster family.

During the home study portion of the couple’s foster application, Clemon described himself as a recovering crack cocaine addict, and admitted to multiple drug charges. Small also admitted to the home study investigator that she had also been out of work for months. Rather, she made a living by keeping foster children.

Still, the report from the home study concluded that “the family is capable of providing a safe home environment,” and Small was given the go ahead to provide foster care.

That “safe environment” is where Alex died. A medical examiner found that her head hit the floor so violently that she was found to have “subdural hemorrhaging, subarachnoid hemorrhaging, and retinal hemorrhaging in both eyes,” according to court testimony.

Alex’s autopsy also revealed several bruises and injuries on her cheek, arms, legs, and behind her ear, he said. The most severe bruising was found on top of the head and around Alexandria’s lower back and buttocks.

Court testimony in the case stated that Alex had also lost about a third of her total blood volume from her liver, preventing oxygen from reaching her brain and causing liver function to fail.

Not only is it stunning the state would allow kids to be placed with such foster parents, but Alex’s case also begs the question as to why investigators must remove a child whose parents smoked pot — while she was tucked a way in bed upstairs — in the first place.

While the state of Texas may still have antiquated marijuana policies on the books, other states sure don’t. Recreational and medicinal pot is, as of Tuesday’s election, legal in four states — Alaska, Oregon, Washington and Colorado — along with the nation’s capitol, Washington, D.C., and one city, South Portland, Maine.

Alex died a brutal, untimely death because she was placed in a dangerous foster home. But she put in foster care in the first place because the state of Texas deemed it reasonable to remove her from a loving home because her father smoked pot while she was asleep.

That seems like too high a price to pay for pot prohibition.